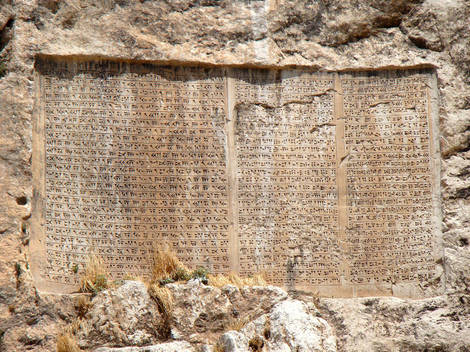 The Riddle of Sizdah Bedar

Many academics have traditionally viewed the Biblical book of Esther as nothing more than a mythical story with no historical validity. There has also been significant confusion and debate about dating the events of the book of Esther and identifying the historical Persian king behind this unusual canonized book. To date, no sources in ancient Persian history have been uncovered that have clarified any of the dilemmas facing historians and biblical students. In this article we would like to propose a possible piece of evidence which seems to indicate a tremendous political and military event took place in the Persian empire on the 13th of a certain month which had such a powerful effect that it sprung up two Official holidays of two peoples which continue to be celebrated to this date.

The holiday of Purim is well known throughout the Jewish world and celebrated annually on the 14th of the Hebrew month of Adar (or the 15th of Adar for walled cities) as a day of festivities and joy. The source for the celebration of this Holiday is the book of Esther which is also traditionally read on this holiday. Chapter 9, verse 20-22 provides the dates and reason for the celebration of this holiday as it pertains to the Jewish world, it reads “Mordechai recorded these events and sent letters to all the Jews who were in all the provinces of King Aẖashverosh …..[charging them] to observe annually the fourteenth day of the month of Adar and its fifteenth day, as the days on which the Jews gained relief from their enemies …]”.

The Persian holiday of Sizdah Bedar is a national Persian holiday celebrated primarily in Iran but also in parts of Afghanistan and other areas on the 13th day of the Persian New Year Nowruz. The holiday is celebrated as a festive day where people celebrate by going outside their homes to parks and the outdoors. The official translation of Sizdah Bedar given is “getting rid of the 13th” where ''Sizdah-'' means thirteen, and ''bedar'', means to get rid of. Since the holiday is on the 13th day of the Persian New Year Nowruz, it is purported to be related to it and associated with the ancient mythical lore of casting the negative and unlucky number 13 out by going outdoors and casting its negativity out of their homes. This is the primary understanding of this holiday to the local population today. Other theories also relate the holiday to mythical Zoroastrian beliefs in which on the 13th of the New Year the demon of drought is defeated and the people celebrate this victory of the Angel of Rain on the 13th of the new year. The origin of this Persian holiday is somewhat unclear and some have purported that its origins can go as far back as 536 BCE.

There are a number of questions about Sizdah Bedar that have not been fully answered. Although it is universally accepted that Sizdah means thirteen and does have that meaning in the context and meaning of this Persian holiday, such is not the obvious case with Bedar. Bedar can certainly be translated as to get rid of (as in to get rid of the number 13) but can also taken to mean “outdoors” as in 13th Outdoors. This does in fact fit well with how the holiday is celebrated, which is to go outdoors to parks and the countryside. Although some of the above reasons may in fact be true and somehow related to this holiday, it still leaves the question of how and why such a holiday should be celebrated nationally instead of just another family centered celebration? Moreover, if the 13th day is a negative cursed number and the idea is to get rid of it, why is the celebration taking place on the 13th? Shouldn’t the celebration take place after 13th has passed ? And more importantly why is it pertinent to celebrate it by going outdoors as a opposed to just another indoor holiday?

In order to answer these questions we are going to look at an unlikely source to shed additional light on this Persian holiday and how and why it is celebrated on this date and in such manner. The book of Esther is on the surface primarily interested in relaying a Jewish message of triumph and salvation at a moment of possible extermination and is the main source for the Jewish holiday of Purim celebrated annually by the Jewish world. However, a deeper look at the book also reveals the historical, political and socio-geographic background of the Persian Empire at that particular time. There are a few general ideas gleaned from the book that strike the alert reader. Political instability seems to be the main force behind many of the prime events. The entire book of Esther (irrespective of how one reconciles its chronology to actual Persian history or who this Persian king was) covers a span of 10 years from the initial party of the King to the “civil war” that took place on the 13th of Adar. Within a 10 years span, Queen Vashti was “demoted” (Esther 1:19), four years later Queen Esther was crowned (Esther 2:17), an assassination plot against the king by two top ministers was uncovered (Esther 2:23), and a new minister, Haman, was promoted to a high ranking position (Esther 3:1). All this indicate significant instability over 127 provinces with various different peoples, languages and cultures. This instability is further evident from Persian history itself. Although some Scholars have claimed that the king in the book of Esther was Artaxerxes I, most scholars have theorized that the Aẖashverosh of the Book of Esther was in fact Xerxes I. Xerxes’s began his reign at age 36 and his kingship lasted only 20 years from 486 to 465 BC 1. Almost immediately, he had to suppress various revolts in Egypt and Babylon. His lack of control continued with the Greek’s over many battles and his army included peoples of all origins and nations including Jews 2. He was finally assassinated by a commander of royal bodyguard 3. Both the Book of Esther and the history of Xerxes I, clearly show the King did not seem to have absolute control over his country. With the promotion of Haman who seemed to have been promoted immediately after the assassination plot to kill the King, the King hoped to solidify his control over all his kingdom and provinces. This is why Haman felt opportune to ask the King for annihilating an entire group of people (Esther 3:9) whom he claimed did not abide by the rules and regulations of the country and the King granted such request without even knowing the identity of the people (Esther 3:10)! The King felt that in fact this proposition was beneficial to solidifying the Empire and the King’s reign and ordered Haman to execute on his plan. However, as the book reveals Haman’s objectives were more purely based on racial hatred of the Jews and financial and political gain.


If what we have outlined above is in fact plausible and supported and considering both Purim and Sizdah Bedar continue to be celebrated yearly by both the Jewish population and also by the Persian population, it would provide a living testimony that something of historical significance and validity took place in ancient Persia at those times which involved both its political, Jewish and non Jewish population and that there might in fact be historical basis for the stories outlined in the book of Esther.

This article was researched and its theories have been proposed and written by Kamy Eliassi. A special thanks to Eman Zadeh for alluding to the BAdar connection. Kamy can be reached at kamy@sizdahbedar.net.

What are your thoughts on this article ? 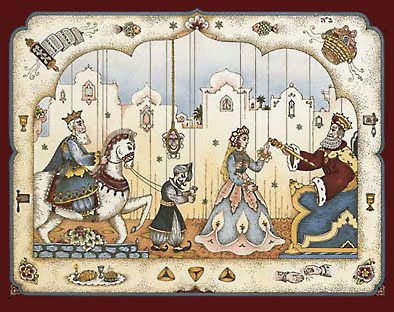 Sizdah Bedar & Purim
The purpose of this site is to to explore the origins of the Persian Holiday Sizdah Bedar and its possible connection to the Jewish Holiday Purim. The site is meant to be used as an academic, research oriented online community where ideas can be shared about the historical origins of Purim & Sizdah Bedar.